Winter (Snowflake Bentley and cold inventions) is an audiovisual performance that incorporates hand-drawn animations, icicles, flannel, interactive video and sound. The work travels under the Wolf Moon as temperatures drop, darkness lingers and snow mounds grow. Live improvisatory drawings capture the introspective nature of someone confronted with stillness and quiet in the dead of winter.

The sound will feature a live performance and composition by Otto Muller. Drawing upon sources as diverse as climate data sets and folk ballads about freezing, the sound palette integrates homemade instruments, digital processing, and field recordings in a series of sonic explorations of cold and its role in the rural identity of Vermont.

Thank you to Highlight Burlington for funding this project 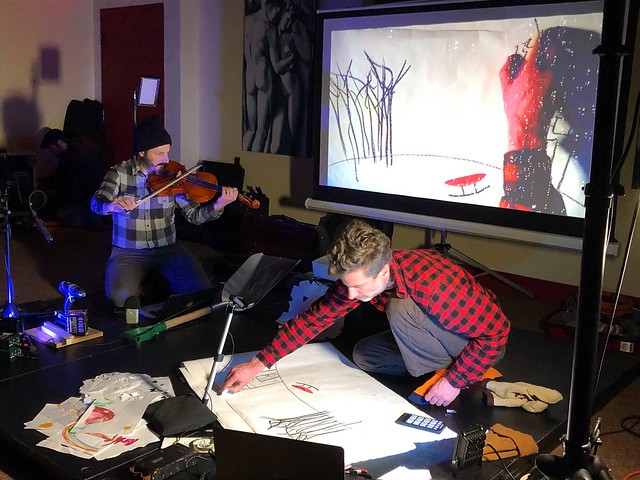